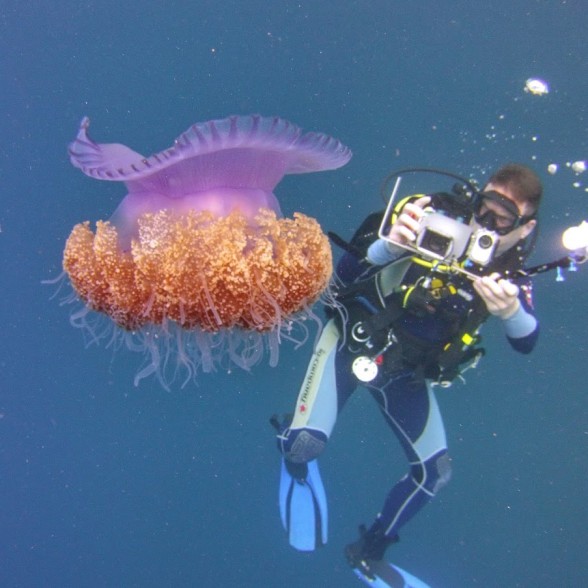 I have been using my torch to light my pictures and video subjects for ages now, with mixed results, but always made with a lot of effort. The old mainlight diffusor setup worked like a charm for over 7 years in all kinds of configurations and I would still use it if my main light did not break down. 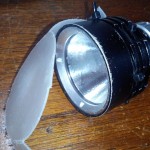 The old divelight with diffusor

Holding the light in one hand and photographing with the other. Big problem is always finding the right light to the even more difficult task during the dive; changing settings on the camera while lighting, keeping your subject in focus, remaining in balance and not touching anything… while keeping aware of what your buddy is doing and your normal dive situation.

Last year I created a new setup for my photo and video stuff, making it possible to video and photograph together. Last year and during my recent trip to the Maldives I had lot’s of practice and fun with it. I created a base plate on which the camera’s and later, the extra lighting was to be fixed. It worked. This year I searched for gorilla arms… I finally settled for a much cheaper alternative: actioncam arms. At the moment they are quite cheap and available in all kinds of colors and versions. I also found a videolight that drowned on the Maldives and the whole setup cost me less than 50 USD. 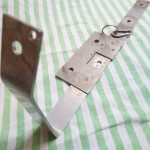 After some evolution I came up with a version that can hold two arms, two camera’s and is light and small enough to take with me on travel. Currently I only have one light-arm, but I can extend to use two. In the Maldives I dove with a modified 7 USD light and a 600lm light on the baseplate. I extended the baseplate with a bit of extra aluminium plating to take some stress off the plastic Canon housing, making it also stick in one position. The actioncam that sits beside it is light enough not to need extra fixtures. 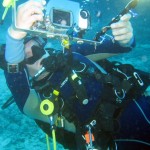 So what are the elements that made the current setup successful, besides the baseplate? For me the breakthrough was the light aluminium arm itself, that included the standard Gopro formats in all aspects. I combined that with a connection to the baseplate. Inittially by a simple camera connector but I found a sturdier alu version that will last much longer. The other added feature was the pivot extension. The video light was easy to attach, but since it drowned tie-wraps are my big friends for connecting the light. The light itself was adapted slightly by making the plexiglass. I still need to do underwater tests, to see if this will be sufficient. 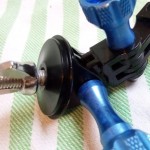 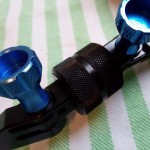 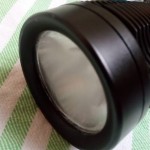 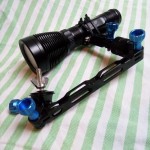 The old divelight with diffusor 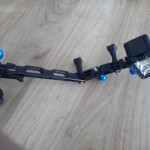 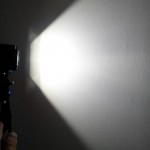 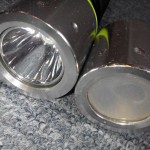 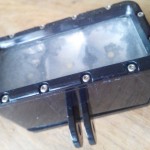 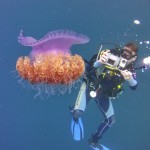